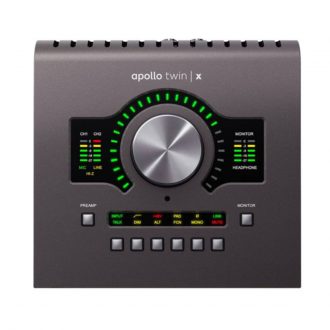 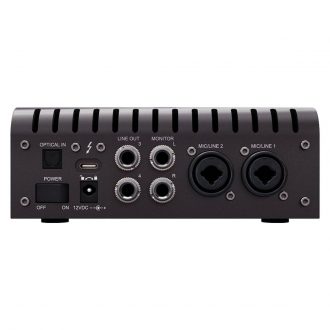 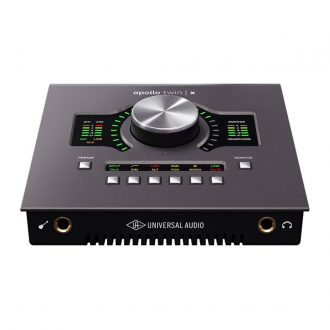 Elite Audio Conversion and Unison Preamps, on your Desktop.

Built upon UA’s 60-year heritage of audio craftsmanship, Apollo Twin X confidently outperforms everything in its class, with 127 dB D/A dynamic range and an included bundle of UAD analog emulation plug-ins, giving you a fully-stocked analog studio, right on your desktop.

Record and mix with elite-class A/D and D/A conversion – with the widest dynamic range and lowest noise of any desktop interface.

Onboard UAD processing lets you track and mix in realtime with included Teletronix LA‑2A and 1176 compressors, Pultec EQs, 610‑B Tube Preamp, and more.

Cascade up to 4 Apollo interfaces and 6 UAD-2 devices over Thunderbolt, adding DSP and I/O as your studio grows.

The secret to Unison is its hardware-software integration between Apollo’s mic preamps and its onboard UAD DUO or QUAD Core DSP Acceleration. Simply place a Unison preamp plug-in on your mic input in Apollo Console software, and it physically reconfigures the Apollo interface’s impedance – so you can tap into the classic sounds of the world’s most recorded mic preamps.

Right out of the box, Apollo Twin X offers a suite of incredible analog emulation plug‑ins including the world’s only authentic Teletronix LA-2A, 1176LN, Pultec EQs, and the UA 610-B Tube Preamp & EQ. Developed by UA’s world-renowned team of algorithm engineers, these Realtime Analog Classics plug-ins set the standard by which all other hardware emulation plug-ins are judged.

Beyond the included Realtime Analog Classics plug-ins, Apollo Twin X lets you tap into the full library award-winning UAD Powered Plug-Ins – including vintage EQs, Compressors, Reverbs, Tape Machines and more – at near-zero latency, regardless of your audio software’s buffer size and without taxing your computer’s CPU.

With exclusive emulations from Neve, Lexicon, Capitol Studios, API, Manley, Ampex, Fender, and more, it’s like having an endless analog studio, right on your desktop. And unlike competing interfaces, these DSP-powered plug-ins are also available in your DAW for mixing.

WIth its two onboard Unison-equipped preamps, two line outs, and optical ADAT/SPDIF input – plus dedicated monitor remote controls and a built-in Talkback mic – the 10 x 6 Apollo Twin X gives you the I/O you need for professional tracks and mixes. 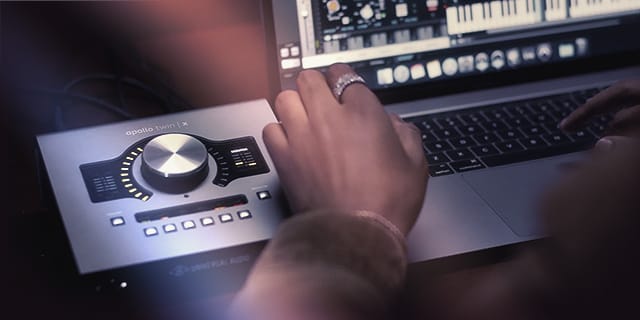 Users of any Thunderbolt-equipped Apollo interface can combine up to four Apollos and six total UAD-2 devices – adding I/O and DSP as your studio grows. Once you expand your studio with an Apollo x6, x8, x8p, or x16 rackmount unit, you can use Apollo Twin X as a desktop monitor control while still tapping its additional I/O and DSP power. 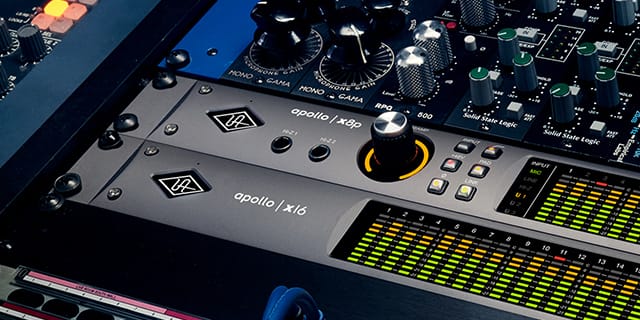 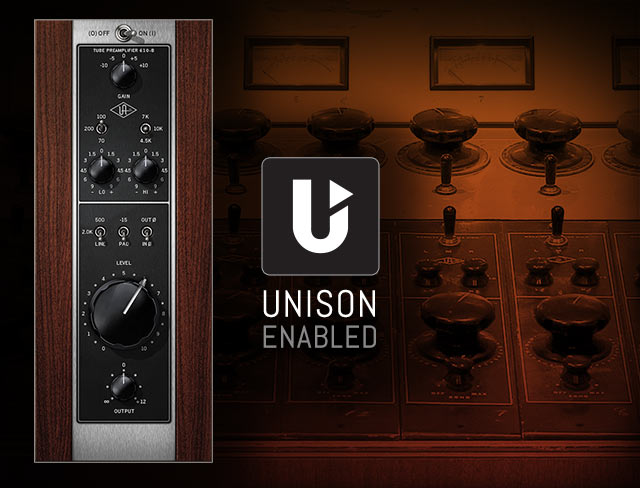 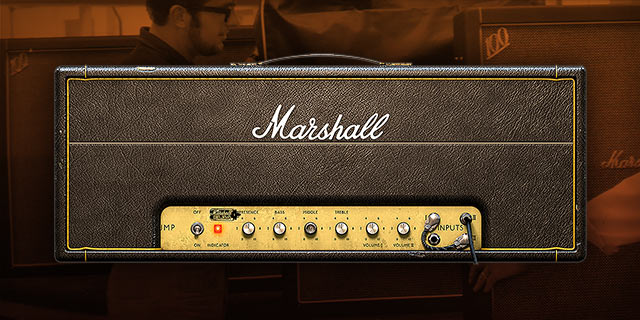 Mix with two of the most sought-after hardware EQs ever made – the MEQ-5 Midrange Equalizer and the EQP-1A Program Equalizer. Both of these tube-based icons deliver smooth and silky EQ curves with an abundance of warm analog character. 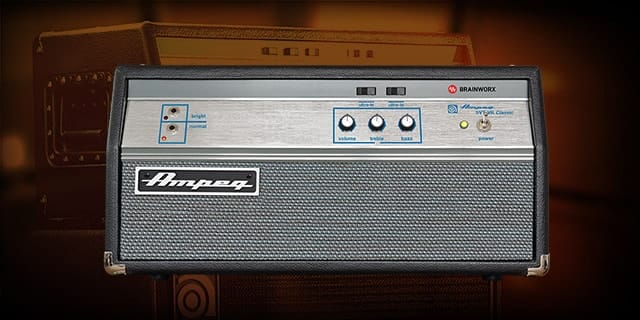 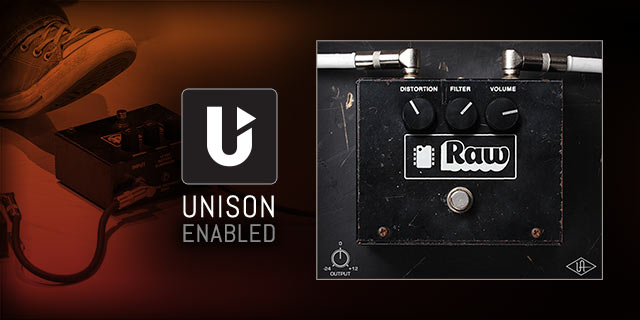 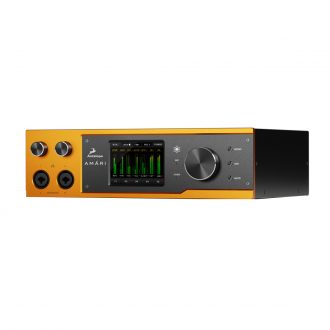 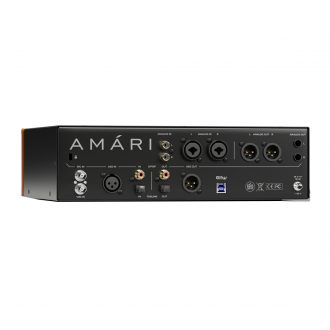 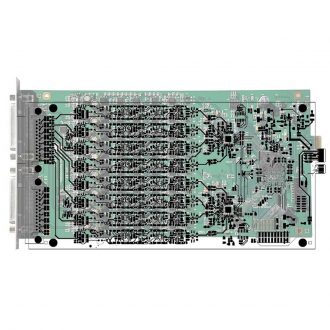 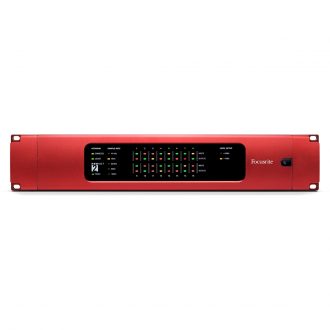 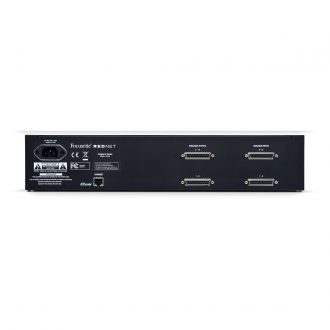 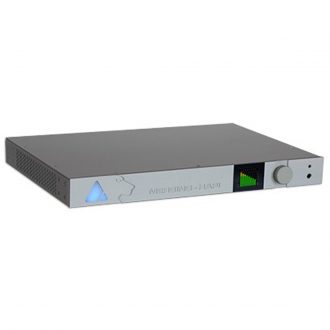 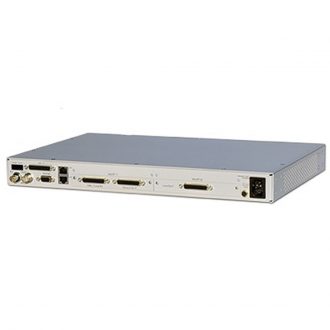 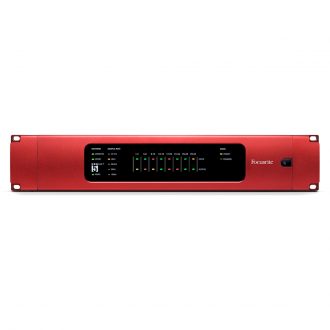 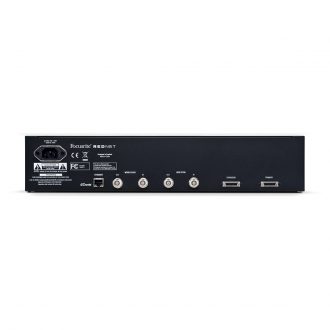 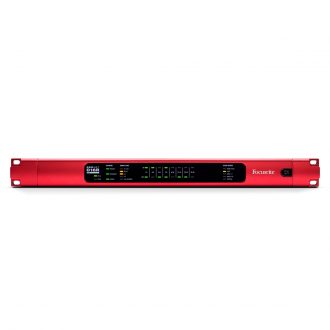 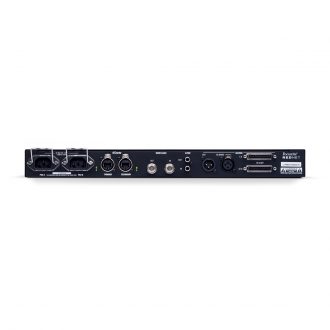 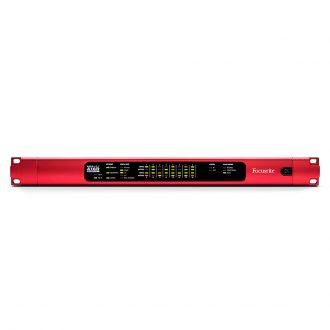 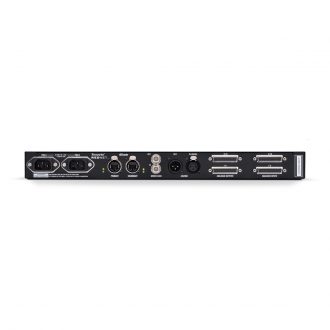 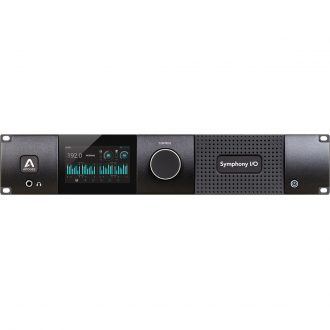 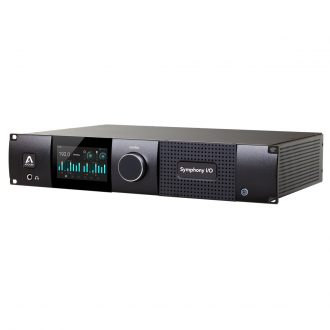