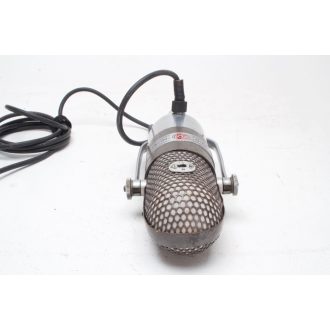 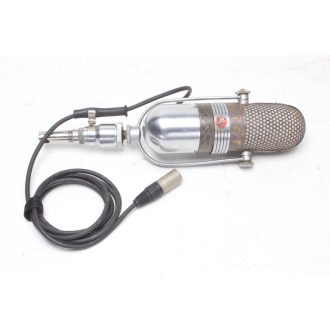 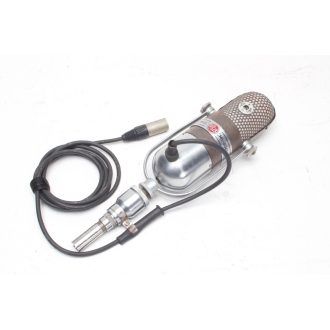 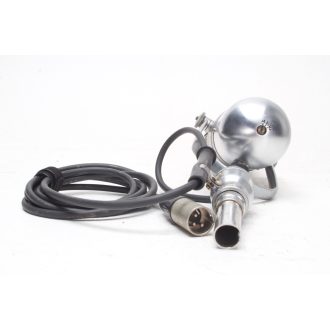 The RCA Type 77-D Polydirectional Microphone is a high-fidelity microphone of the ribbon type. It is possible, as indicated by the name, to obtain easily a variety of directional patterns.

Instead of being open on both sides as in the conventional velocity microphone, the ribbon element in this microphone is coupled to an acoustic labyrinth, which forms the body portion of the microphone. The tube connecting the back of the ribbon to the labyrinth is slotted directly behind the ribbon, and fitted with an adjustable shutter to secure various areas of opening. When the opening is completely closed, the microphone operates as a non-directional pressure microphone; at the wide-open position the microphone becomes bi-directional.

With the proper size opening, the pattern becomes a cardioid by virtue of the phase shift which occurs. Openings smaller or larger that this critical size produce directional patterns with various-sized rear lobes. Different amounts of low-frequency attenuation are obtained by a reactor shunting the circuit.

The choice of directional patterns makes possible a considerable degree of control of the ratio of direct sound to reverberant sound, as well as the possible reduction of unwanted sound such as audience noise in a studio.

The wide angle of pick-up provided by the cardioid pattern is useful in covering large groups with a single microphone. For close-talking applications, the non-directional characteristic is of considerable value since the low-frequency response is not accentuated as in the case of a velocity microphone. Numerous other applications of the various directional patterns as well as the different response curves will no doubt suggest themselves to the user.

Directional Characteristics
The adjustable shutter over the slot in the tube leading to the acoustic labyrinth may be rotated by means of a screwdriver adjustment extending through the rear screen flush with a designation plate.

The plate is marked U, N, and B, as symbols for the uni-directional, non-directional, and bi-directional patterns. Three additional markings, L1, L2, and L3, are used as reference points for other directional patterns, which may be obtained. “Stops” are provided on the continuously variable pattern selector at the six marked positions, although the shutter may be set at any intermediate position.

Directional Setting
The proper position of the pattern selector depends upon the particular installation. The same holds true for the placement of the microphone.

Frequency Response
At the bottom of the lower shell is a screwdriver-operated selector marked M (music), V1, and V2 (voice). The voice positions connect a reactor across the entire secondary or part of the secondary of the output transformer, depending on the switch position. As can be seen from the curves, the reactor attenuates the low-frequency response. this is especially desirable when the microphone is less than three feet from the source of sound, and the low-frequency response would otherwise be exaggerated.

The RCA Type 77-D (MI-4045-A through E) microphone was introduced in 1945, and remained in the catalog for about ten years until it was replaced by the Type 77-DX. It was one of the standards of the broadcast and recording industries, and is still widely regarded for its quality. It is a heavy and substantial unit, measuring about eleven inches in height.

A beautiful and classic design, its form is firmly rooted in the Art Deco streamline style of the 1930s. The RCA Type 77 series microphone has become a powerful and universally recognized symbol of broadcasting, and still appears on CNN’s “Larry King Live” and CBS’ “Late Show with David Letterman.”

In the early 1930s, Dr. Harry F. Olson of RCA, realizing the need for a directional mic, developed the Type 77-A unidirectional. Its round shape would migrate through seven different types. The types A, B and C utilized double ribbons combining a pressure unit with a velocity unit to achieve the unidirectional pattern. Improvements in magnet material allowed a significant reduction in size starting with the Type B. The types C and D were capable of multiple patterns. The Type 77-D and DX single-ribbon units produced after World War II were arguably RCA’s most successful microphone, staying in production until 1973, when all RCA microphone production ceased. Graphic artists routinely depict its widely recognized shape to indicate public speech.

For many collectors the Type RCA 77-D ribbon microphone is the cream of the crop, and accordingly is harder to find and more expensive than dynamic mics.

Because of its premium sound quality, collectors face competition from commercial studios and recording engineers who also seek this mic. Network and call-letter flags for this microphone are highly prized.

Common restoration items include cosmetic reconditioning, re-ribboning, replacement of the shock mount rubber, and re-cabling. The re-ribboning process is said to be an art on the verge of extinction. For one thing, you cannot breathe while mounting the fragile ribbon. Even the gentle force of exhaling could easily destroy the delicate ribbon.

Like artifacts of an ancient civilization long gone, these grande dames of micro­phones have a secure place in history as the sirens of legend. 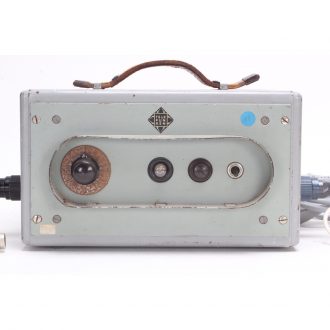 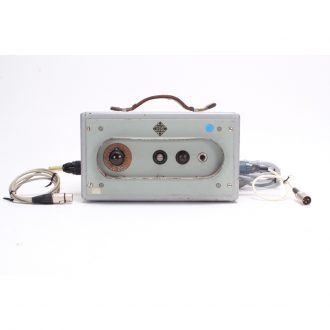 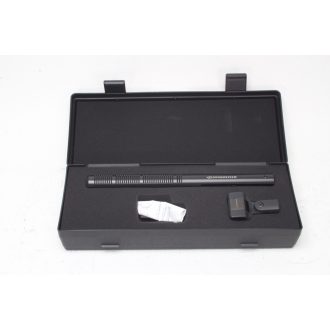 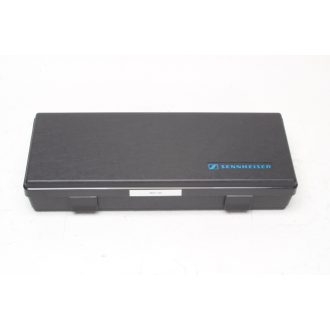 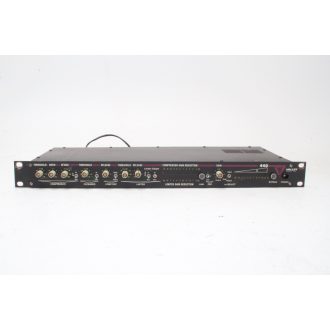 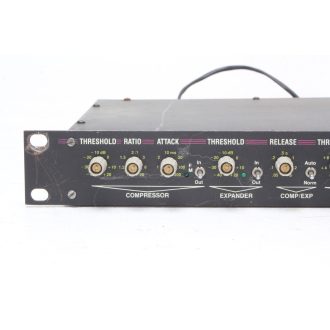